(Neuhausen near Stuttgart 1902 – 1974 Villach) met Anton Kolig at the Stuttgart Art Academy and came several times in the 1920s to Carinthia, to the Gail valley, where he lived from 1931. Travels to Italy, where he always returns and exhibits.

Numerous painting visits and study trips to other countries as well. Personal exhibitions at Würthle in 1947 and at Welz in 1953. In the Austrian Gallery Belvedere took place for the 100th anniversary of the birthday held a much-publicized retrospective.

Mahringer is one of the best landscape painters within classical modernism in Austria, and with increasing maturity also found more and more connection to contemporary currents in modern art.

His colourful and almost cubist structured paintings and watercolours with motifs from Carinthia and the Dolomites region are among the most sought-after pieces on the Austrian art market. 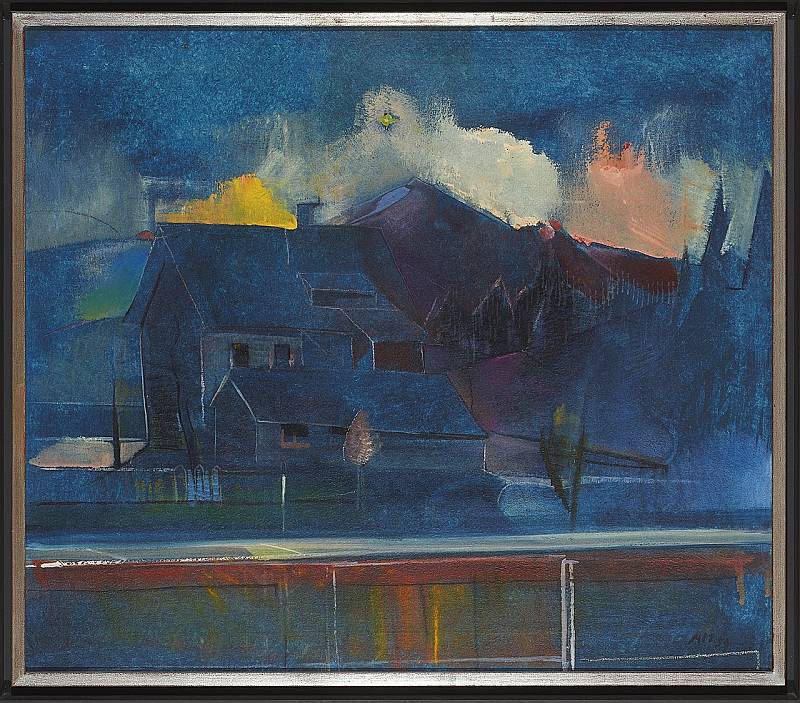 Schoolhouse in the evening