Architectural studies in Graz, employment as an autodidact with Classical Modernism. 1957 first solo exhibition at the Galleria del Cavallino in Venice, followed by an exhibition at Galerie next St. Stephan, Vienna. 1959 He moved to Paris, where he joined the group “Zero-Avantgarde”.

1963 first solo exhibition in Paris at Galerie Weiler; this is followed by exhibitions in Klagenfurt, The Hague, Rome and the Kunsthalle Bern, then again several exhibitions in France. In 1964-1968 he published his own cultural magazine, in which – as a result of the failed Paris 68 Revolution – predominantly pessimistic articles about art and culture appear.

1971 Return to Austria, 1977 major retrospective in the Carinthian Landesgalerie. In the 1980s simplification (“brutalization”) of artistic means. Bischoffshausen makes many trips (e.g. to Taiwan, which were processed in a “Taiwan Report” series) in order to gain more distance from the hard-to-bear “cultural enterprise”. Increasing isolation and health problems characterize the last years of his life of this great Austrian avant-gardist, whose closeness to the “Zero” group and especially to the art of Lucio Fontana are not yet sufficiently appreciated. 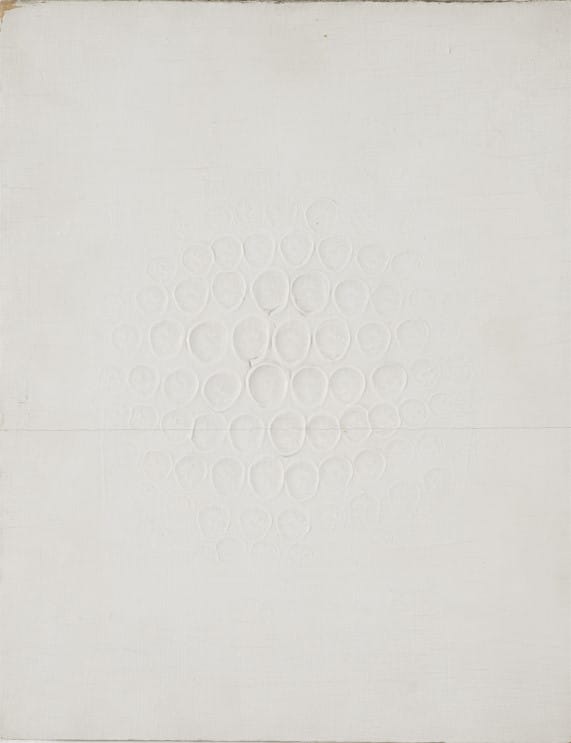 Signed on the back, titled (Paris) and dated (1962)
Dedicated to Martin Esterl. December 62

Traces of colour on roughened cardboard 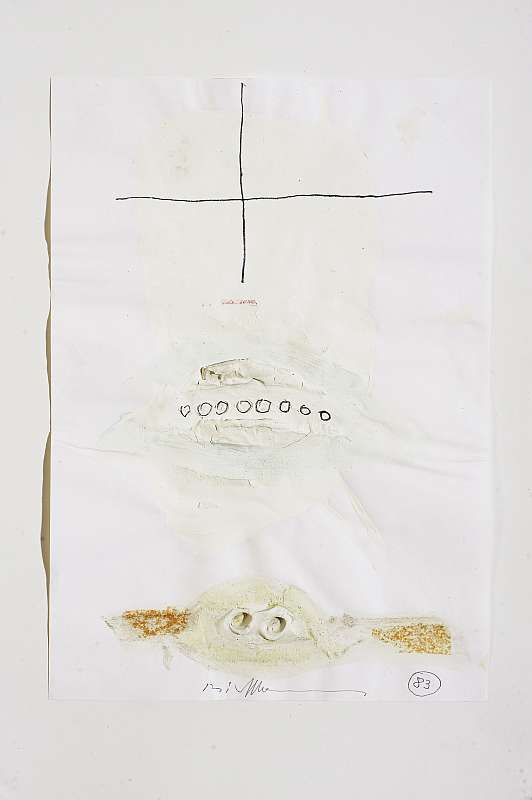